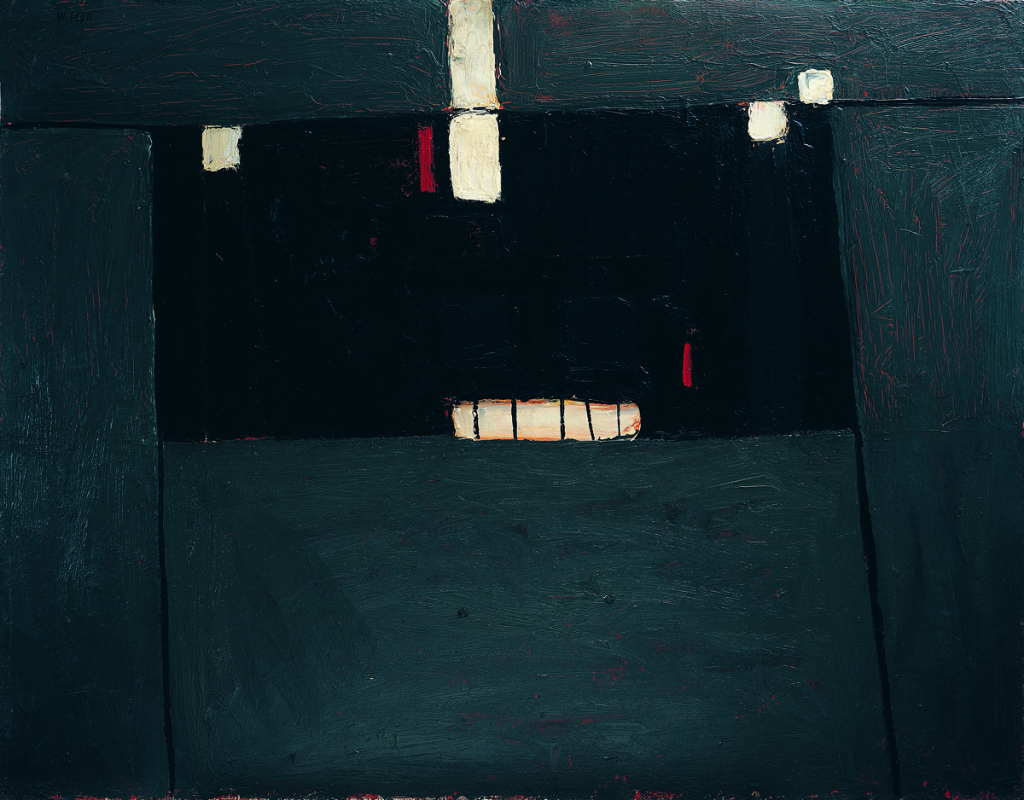 The title and date given above are recorded in Bowness 1964.

The figurative potential of the tabletop motif noted in Table Still Life (cat. No. 192) is more obvious here, with the objects arranged on the table in a configuration that suggests a simple childlike image of a face attached to two spindly legs. While the abandoned tabletop still life found on the version of Cornish Harbour (cat. No. 194, fig, a) may well have been a preliminary version, the motif of the tabletop titled vertically and laid flat against the ground may have originated in one of the gouaches Scott painted in the summer of 1952 (fig. a).

In his introductory text to the exhibition Space in Colour (when opened at Hanover Gallery on 7 July 1953) Patrick Heron argued that ‘the contemplation of the “empty” grey flatnesses in a painting by William Scott or Roger Hilton yields a twofold experience at one and the same instant: one enjoys the opaque, gritty, scratched, uneven greyness of the pigment as an object, as a fashioned entity, possessing a life of its own (like the life in a granite surface; or the surface of tarred planks which is a boat’s hull); but, also, one’s eye passes through and beyond this painted surface, the separate shapes dovetailed together, and finds that illusion of spatial configuration which, I maintain, is a permanently  vital feature of pictorial art.’

Which particular paintings by Scott Heron had in mind cannot be known for certain, but the present work might easily have been chosen to illustrate his point. The ground is showing signs of reticulation, with the grey – green paint of the background shrinking back in places to reveal the orange paint underneath.