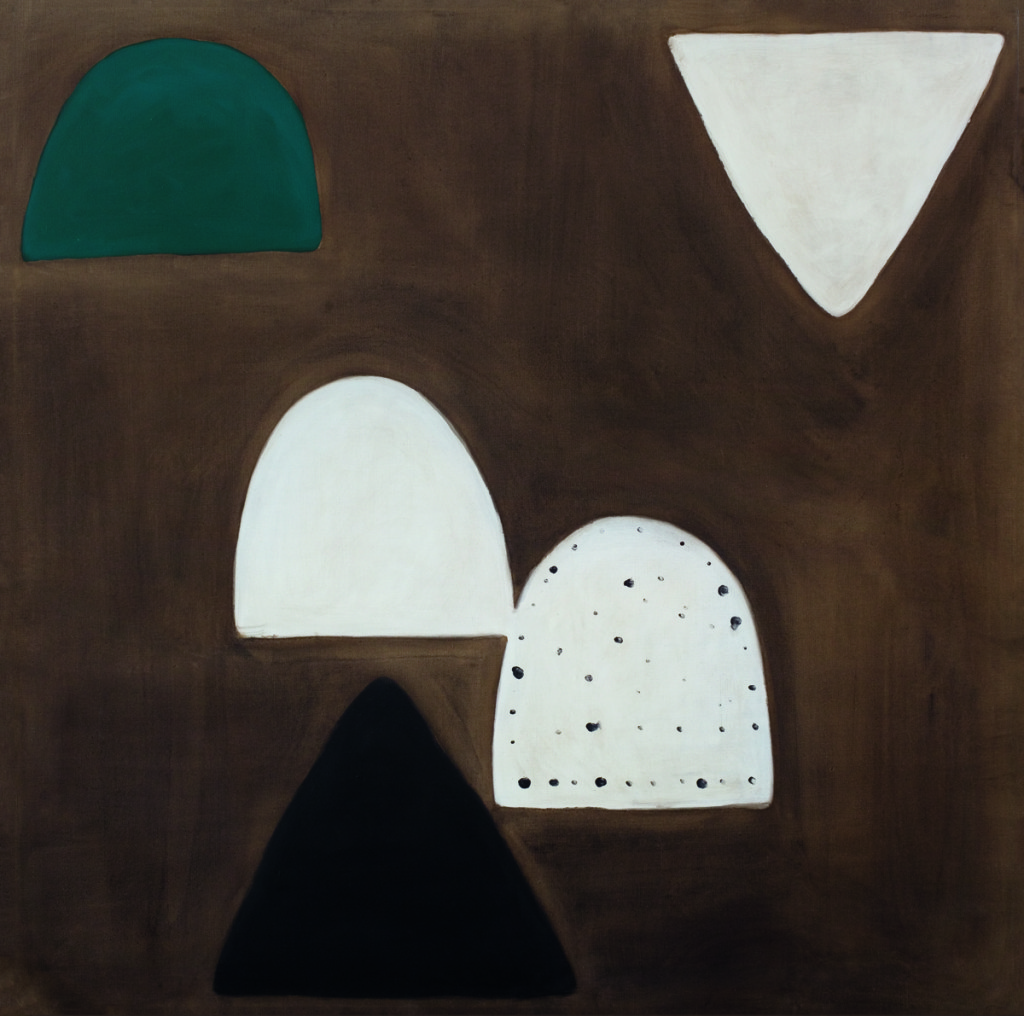 This work was included with the title given above in the Hanover Gallery exhibition that opened on 28 September 1965. The title relates Pyramid to the Egyptian theme that recurs in the works painted between 1964 and 1965. A closely related gouache (and possibly oil) on paper, although undated, may have served as a preliminary study. An arrow painted by the artist on the canvas verso indicates the correct orientation. The work did not leave the studio and was part of a gift made to the collector in whose family it has remained.

As Scott wrote in 1975, ‘Pavement graffiti by children and the hieroglyphics incised on stone by the ancients are constantly in my mind’ (Loud Klepac ed, William Scott drawings)