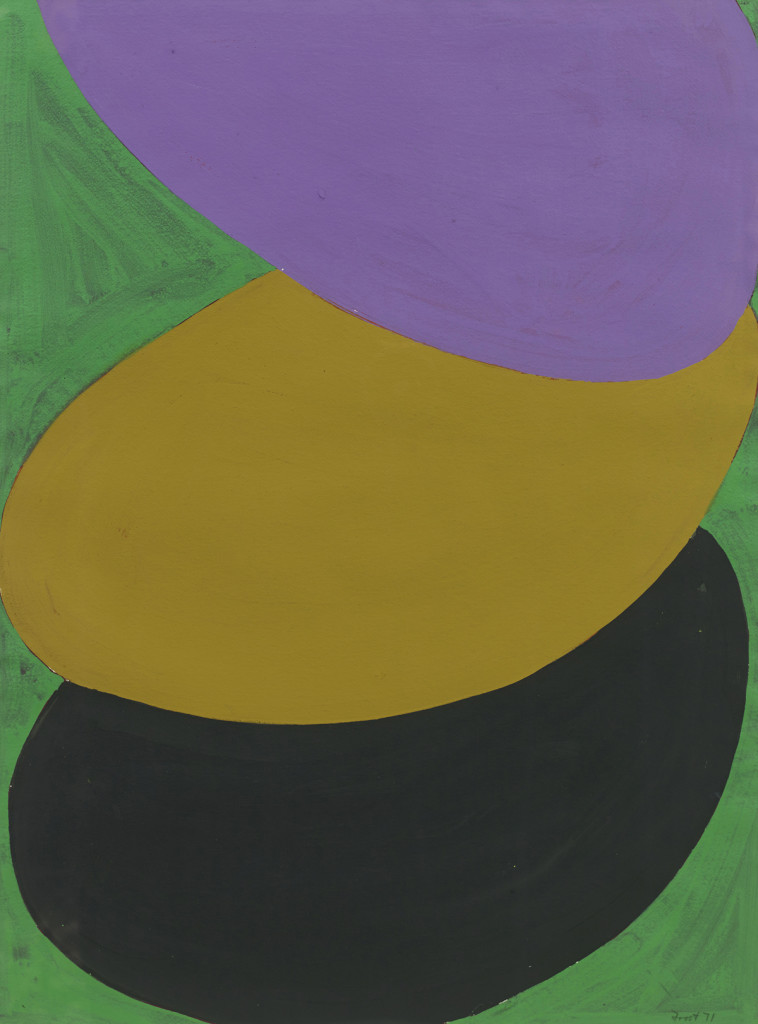 Direct from the estate

Pursuing ways of making colour act, of holding colour without a hard structure so that it could be free to express only itself, Terry Frost developed the idea of ‘Suspended Forms’. The sharp and shallow horizontal D-shapes of earlier work were tanged together but they also became sagging curves and pendulous loops in a long and productive series of paintings, collages, constructions and soft sculpture from the later 1960s into the 1970s.

Terry’s notebooks were filled with a rush of new ideas with colour becoming a central preoccupation, as if breaking out from the rigorous explorations of hue in previous “Through” paintings, into looser overlapping shapes.

“I did a whole series of ‘Suspended Forms’ paintings, which eventually I developed into collages and then into the shapes themselves, cut out and suspended on each other to make one large suspended form, without a stretcher” Terry Frost, from notebooks c. early 1970s