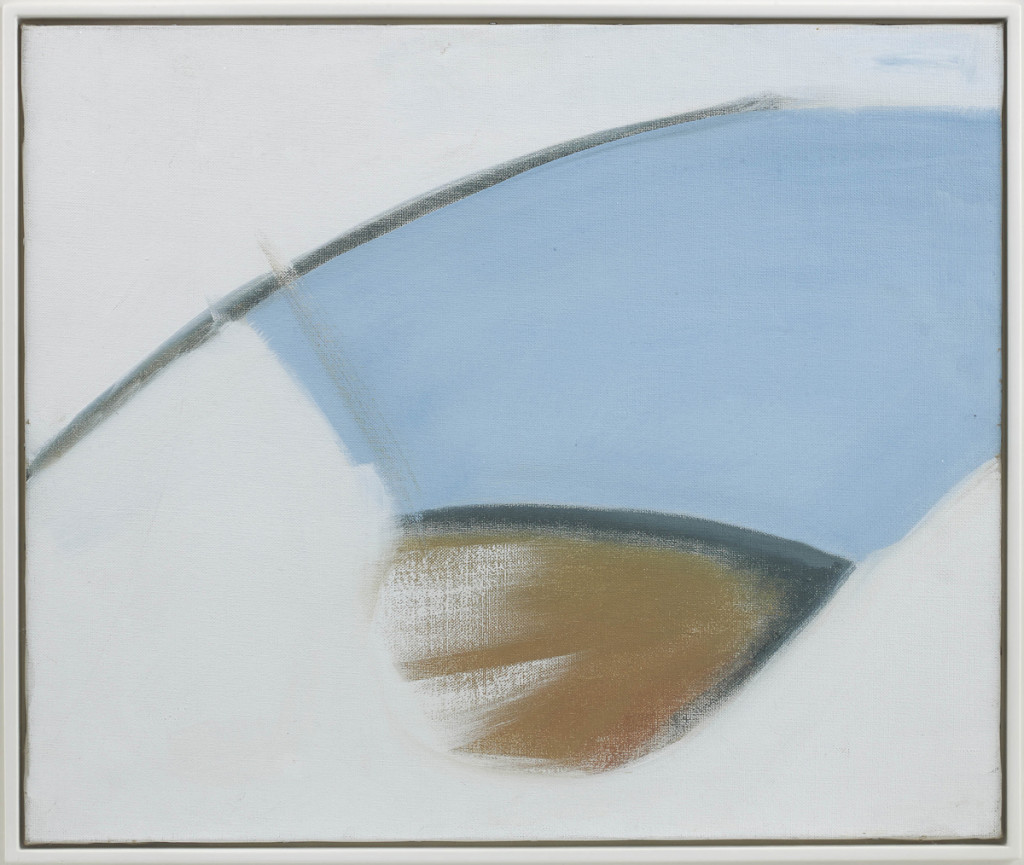 Paintings in the 60’s were all painted in the few years of intense creativity after Lanyon looked up one day while walking along a Cornish clifftop, saw three gliders pass silently overhead, and pledged to join them. He began gliding seriously in 1959, and first flew solo a year later, clocking up hundreds of flying hours until August 1964, when he died in hospital in Taunton.

Certainly, in Blue Day the paint is even thinner and the canvas visible, though the vitality and freedom of the marks make this smallish painting a perfect formal statement of unexpected sonority.