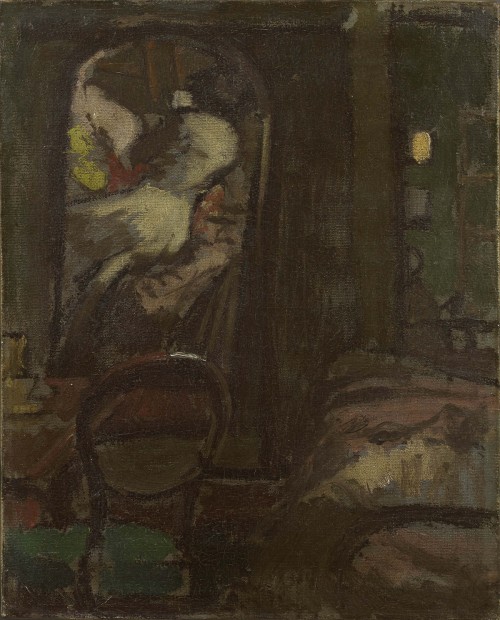 Walter Richard Sickert was recognised throughout his career as an important artist, and in the decades after his death, he has increasingly gained a reputation as one of the most influential figures in modern British art. He was a leading member of the Camden Town Group in London.

These artists took the Impressionist vision of art and pushed it into and beyond Post-Impressionism. Everyday subject matter was central to his concerns: unromanticised, raw, urban scenes were at the core of his vision: dimly-lit domestic interiors, smoky theatres, seedy bedrooms, rain-drizzled street scenes, that express his need to convey the reality and banality of 20th century urban life. ‘Ennui’, was a major theme for Sickert. More than just boredom, it suggests the tedium and mental fatigue brought on by modern life.

More than anything else, his work is about mood, and the darkness all of us have inside. Virginia Woolf encapsulated this in her pamphlet on his work. Describing his characters she tells us: “it’s all over with them, one feels”. Whatever ‘it’ consisted of, the sense of loss and ensuing apathy is palpable.