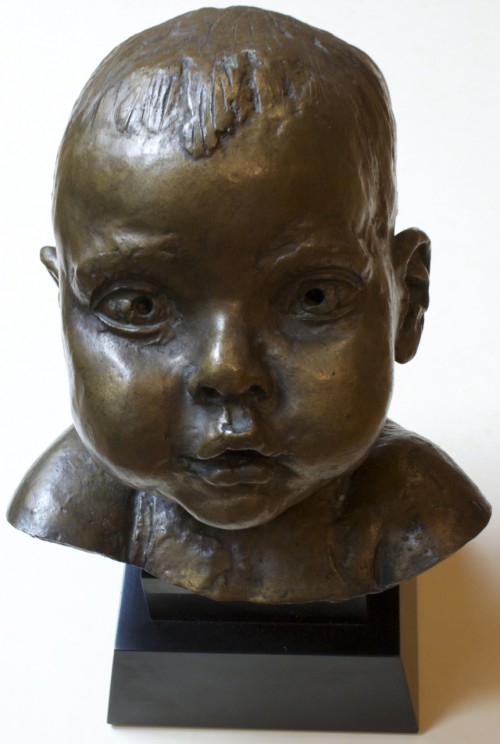 SIR JACOB EPSTEIN (B. 1880 – 1959) Born in New York, Epstein made his name as a sculptor of monuments and portraits, and as an occasional painter and illustrator. He attended art classes at the Art Students League in 1896 and then went to night school where he began sculpting under George Grey Bernard. In 1902 he was able to go to Paris, where he spent six months at the École des Beaux-Arts. There he had the chance to meet Picasso, Brancusi and Modigliani, who greatly influenced him. Epstein settled in London in 1905, became a British citizen in 1907, and one of the founding members of the London Group in 1913. He was one of the first sculptors to look beyond the boundaries of Europe for subject matter and materials. He embraced the cultures of India, Africa, Native Americans, and the Pacific Islands. For him, art was an expression of human life, and thus needed to embrace all of humanity.  Reality was always the starting point: “I have been fundamentally truthful to natural forms in my work. I have never tried to create purely abstract forms.” Epstein made a large number of major public sculptures in the UK and the US. In 1953 he was subject of major retrospective at Tate, and he was knighted in 1954.