Weighing in at nine and a half tonnes with a height of seven metres (23ft) and nine metres (30ft) wide, Messenger by Joseph Hillier is the largest cast bronze sculpture in the UK. It has been commissioned by the Theatre Royal Plymonth as part of the regeneration project.

The Maquette will feature at Beaux Arts London. 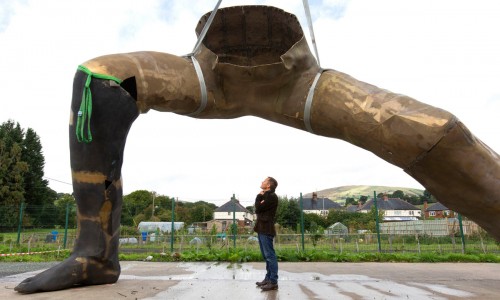 The seven-metre high sculpture Messenger (based on the maquette) depicts a crouching young female actor commissioned by the Theatre Royal Plymouth - Still in Progress. The title Messenger refers to the role of an actor in breathing life into the words of a writer. It is intended to embody the theatre’s – and city’s – energy and creativity. Joseph will be speaking to Kirsty Lang for BBC Radio 4 Front Row 26 November 2018 at 19:15pm. 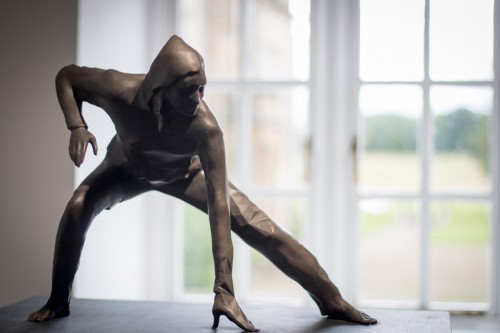 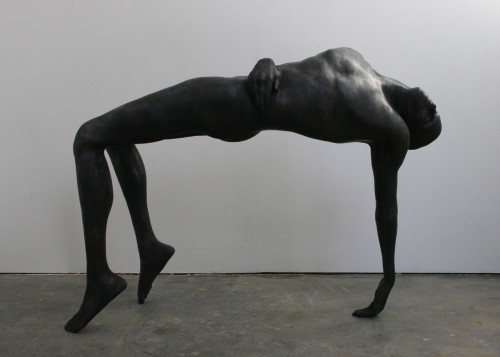 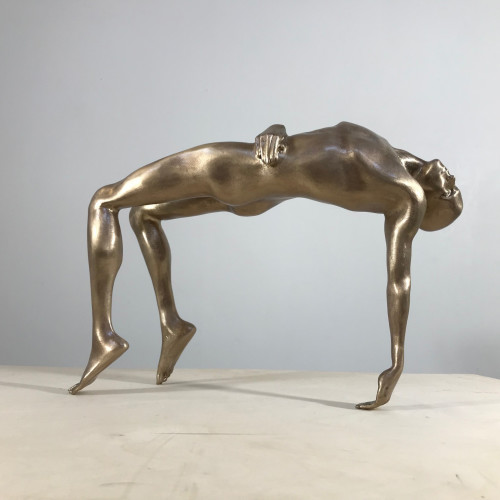 JOSEPH HILLIER Born in Cornwall in 1974, Hillier studied at Falmouth College of Art, then at Newcastle University. After graduation Hillier held a research post at Newcastle University for a number of years, whilst making a series of exhibitions in the UK. In 2000 Hillier received the ‘Year of the Artist Award’, from the Arts Council of England whilst also completing his earliest publicly sited projects. The following year Hillier won a scholarship and teaching role at Tulane University in New Orleans where he completed an MFA and taught on the BA for a year. It was there he made the group of works Being Human; the group of five large works were sold to a single corporate collection, whilst being shipped back to the UK. This funded Joseph’s first studio in London, where he completed the installation Generation, and also held his first solo show in London at APT Gallery in 2005. In 2006 the Scotsman identified the work, Dumb, shown with Workplace Gallery as a high point of the Glasgow international. Invited for a solo exhibition with the Contemporary Art Society at the Economist Plaza, London in 2007 Hillier has managed to balance his permanent publicly sited works with a strong exhibiting career including the latest Solo exhibition, it’s not true, but it might be beautiful, in early 2012, at the Myles Meehan Gallery, Darlington. Elected associate member of the Royal British Society of Sculptors in 2004, Hillier has been widely exhibited in galleries and sculpture parks. He has seventeen large-scale permanent installations nationally and internationally. The largest of these, In Our Image (2009), stands at 16.7m tall, and has received considerable international press interest. In 2013 Hillier’s work was selected as a finalist in the national sculpture prize, at Broomhill, and for the summer exhibition at the Royal Academy. Hillier lives in a rural village near Newcastle in the UK, where he has purpose built a studio to enable the creation of large-scale works for exhibition and to commission.