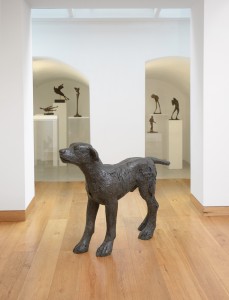 The gallery’s focus is evenly divided between nurturing talent among the current generation of emerging artists – selected for their original practice as much as the aesthetic qualities of their work – and showing the work of established artists such as John Bellany, Lynn Chadwick, Patrick Heron, Roger Hilton, Peter Lanyon and John Piper.

Directors Reg and Patricia Singh opened their first gallery in St Ives in 1971 representing work by the St Ives School, before opening Beaux Arts Bath in 1979. Some of these earlier artists’ work now forms the core of the gallery’s substantial inventory of Modern British art. Beaux Arts also represents the Estates of Terry Frost, Elisabeth Frink and others.