‘His paintings are abstracts but they are not about absolutes. They are about contingencies and specifics: very particular emotions, thoughts and feelings dependent upon the act of looking.’
Andrew Lambirth 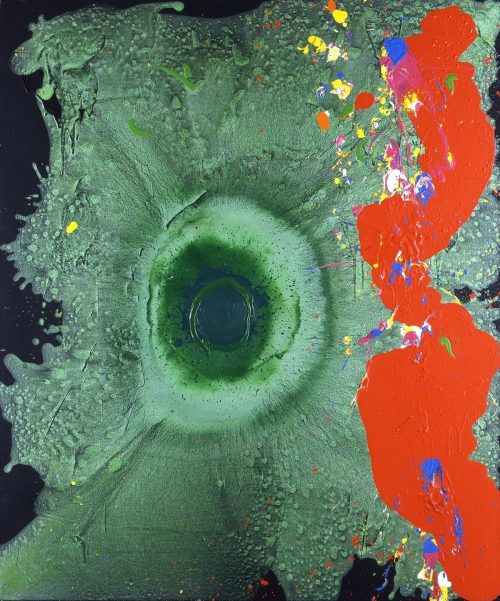 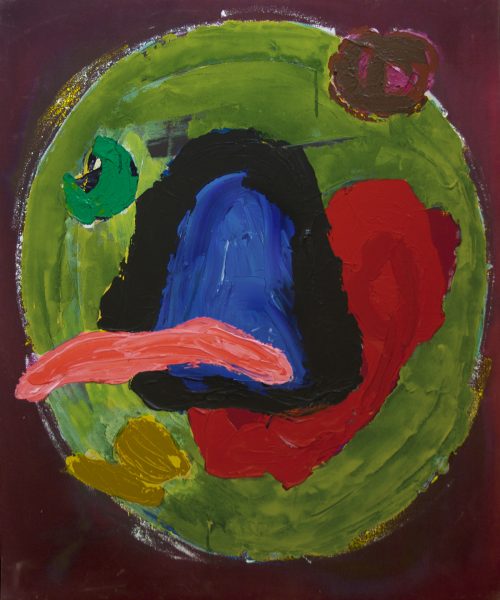 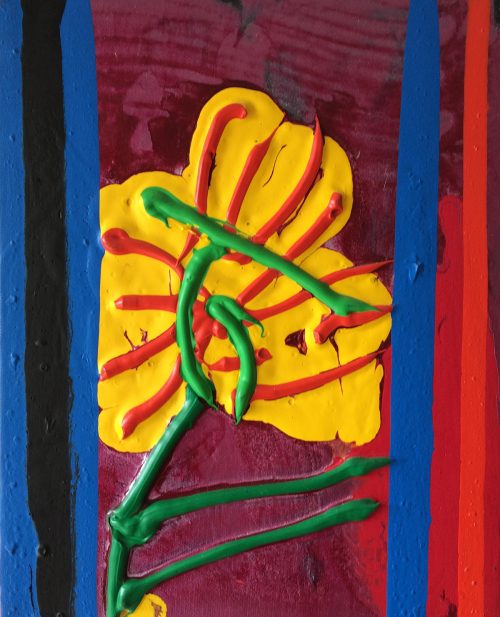 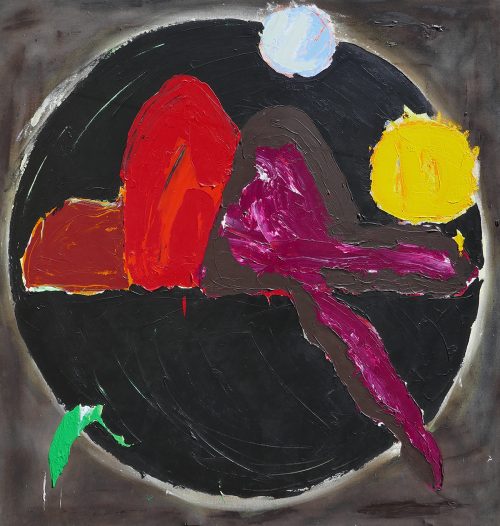 John Hoyland was born on 12 October 1934, in Sheffield, Yorkshire and educated at Sheffield School of Art and Crafts within the junior art department (1946–51) before progressing to Sheffield College of Art (1951–56), and the Royal Academy Schools, London (1956–60).

In 1953 Hoyland went abroad for the first time, hitch-hiking with a friend to the South of France.

The 1960s were a crucial decade for Hoyland; it was in these years that he found his voice as an artist. It was also the time when he made his first trip to America, to New York in 1964, travelling on a Peter Stuyvesant Foundation bursary. There he met Robert Motherwell, with whom he was to become great friends, also Mark Rothko and Barnett Newman, and visited their studios. Hoyland’s first solo exhibition was held at the Marlborough New London Gallery in 1964 and his first solo museum show at the Whitechapel Art Gallery in 1967, curated by Bryan Robertson. By the 1970’s Hoyland was applying the paint more freely; in the tactile paintings from this period, the paint has been poured, splattered and applied with a palette-knife.

Retrospectives of his paintings have been held at the Serpentine Gallery (1979), the Royal Academy (1999) and Tate St Ives (2006). His works are held in many public and private collections including the Tate and Damien Hirst’s Collection.