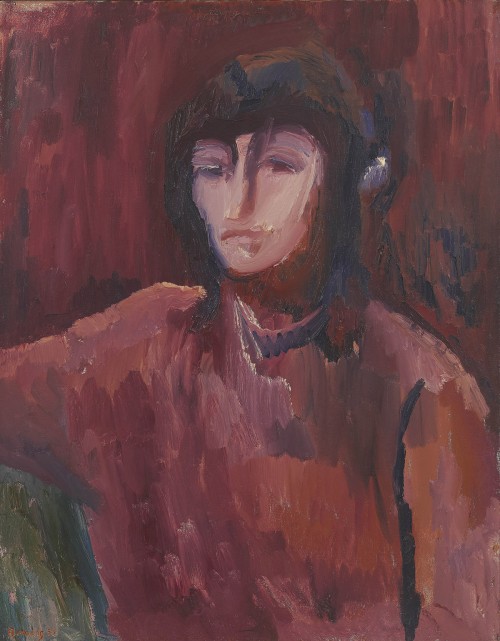 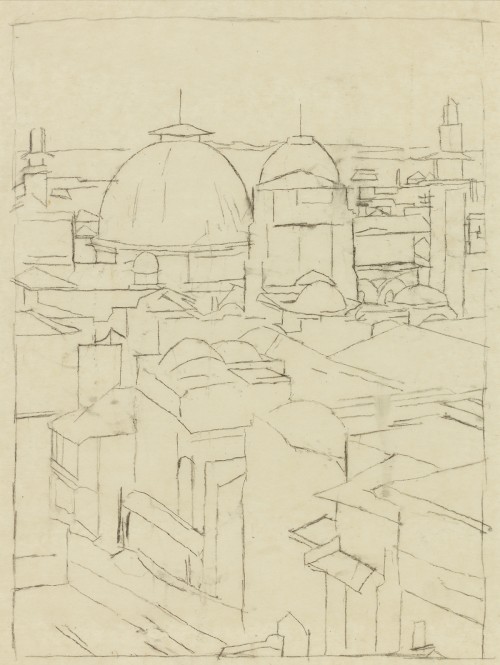 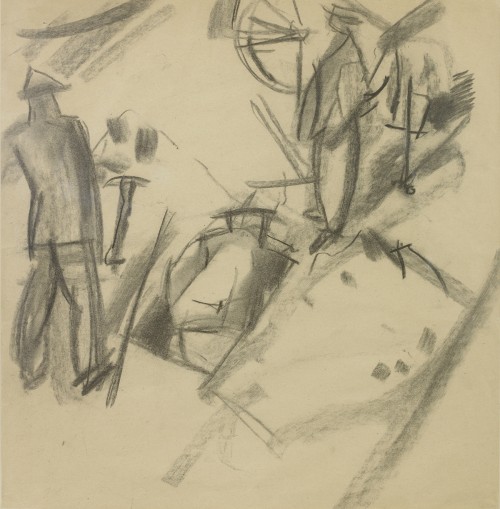 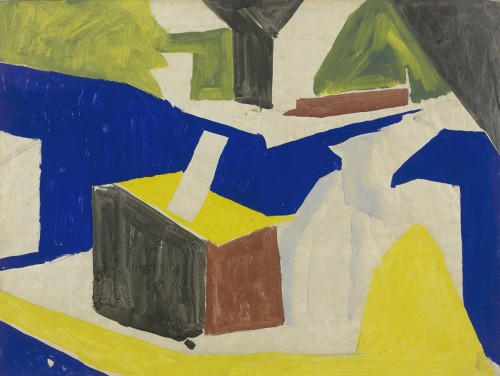 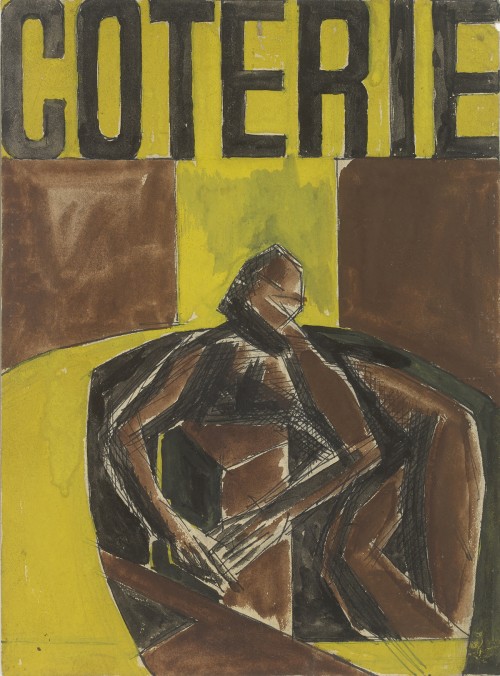 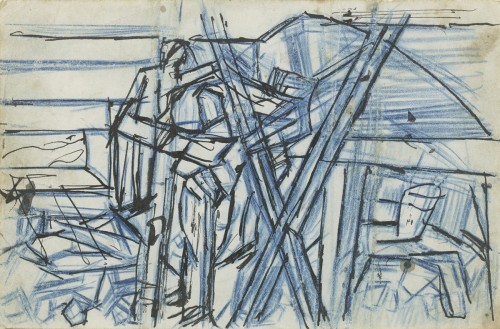 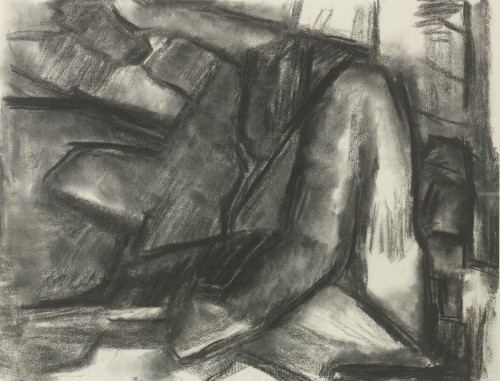 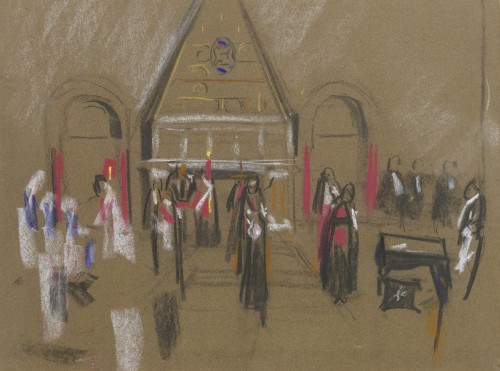 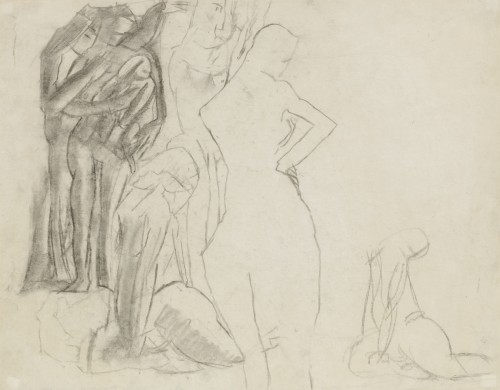 Born into an impoverished family in Birmingham, David Bomberg rose to become a leading painter of his generation, and one of the Whitechapel Boys group. Starting his career in 1905 as an apprentice lithographer, he attended the Slade School of Art from 1911-1913, and was a pupil of both Walter Richard Sickert and Henry Tonks.

He was part of an ‘exceptional generation,’ at the Slade, his contemporaries included Mark Gertler, Stanley Spencer, Paul Nash, and Dora Carrington. He was expelled from the Slade in 1913, apparently because of the audacity of his move from conventional approaches to painting. He was loosely affiliated with various avant-garde groups in London, including Roger Fry’s Omega Workshops, and the Camden Town Group, but his angular, bombastic, violent imagery in the two years leading up the First World War show his closeness to Wyndham Lewis’s Vorticist Group, with whom he exhibited in 1915. From this early meteoric rise, he disappeared from the forefront of the art world for a considerable period, returning to full prominence only with his 1988 retrospective at Tate. He is now universally viewed as one of the most innovative and influential artists of his time.

classes at the City and Guilds institute.

1911 Accepted at Slade School of Art, London with a grant from Jewish Educational Society (JEAS).

1913 Wins prize at Slade for a drawing of Isaac Rosenberg, Head of a Poet.

1913 Travels to Paris and meets artists including Picasso, Derain, Modigliani and Kisling.

1919 Exhibits work at London Group exhibition, [part of a series of watercolours based on his war

1927 Bomberg separates from wife Alice and returns to London.

1929 Visits Spain for the first time and stays in Toledo, near Madrid.

1930 Returns to London and visits Morocco and the Greek Islands.

1932 Travels on an expedition with painter Lillian Holt to Scotland and Derbeyshire.

1933 Joins the Communist Party. Travels to Russia for 6 months, disenchanted, he leaves upon his

1934-35 Spends 18 months in Cuenca, Ronda and Linares, Spain with Lilian, her daughter Dinora

and their new-born daughter, Diana.

Third and final exhibition of the Borough Group. The group dissolves in 1951.

1957 Becomes terminally ill and hospitalised for 3 months in Gibraltar.

1981 Ben Uri, London, David Bomberg and Family – an Exhibition of Paintings and Drawings

1986 Bury Street Gallery, London, David Bomberg the Teacher: A Retrospective Exhibition of Work of the Members of the Borough Group and Bottega

2006 Abbot Hall Gallery, Kendal, The Spirit in the Mass

2013 Waterhouse and Dodd, London, David Bomberg: Works on Paper from the Collection of Natalie Tachuk

Paul Greenhalgh, The Poetry of the Real, Director of the Sainsbury Centre 30 November - 3 March 2018